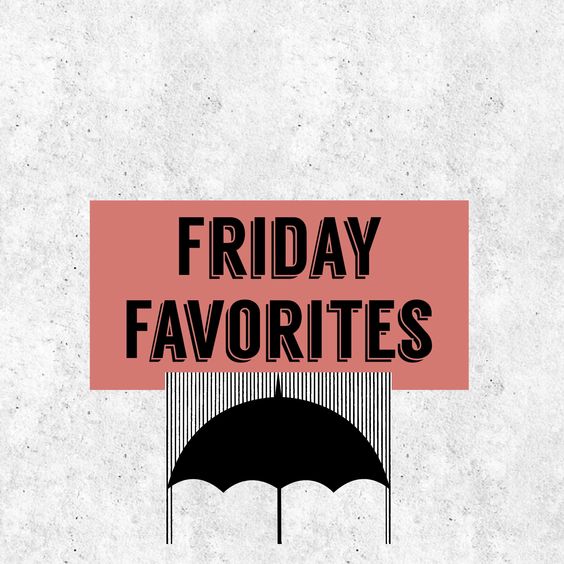 Back again with the Friday Favorites! It’s a little unbelievable for me that I actually posted 2x this week 😂

Here’s my round up of favorites:

The Ringer’s “Binge Mode” – Jason & Mallory from The Ringer have been doing a countdown of Top 25 Game of Thrones moments until the Season 8 premiere. They’ve also done a Harry Potter podcast of each book & each movie, which you should definitely check out if you’re a fan. They’re both so fun to listen to.

A few posts ago, I mentioned starting this new Netflix show called The Umbrella Academy. I ended up binge watching the whole season the week that I was really sick in February. They also don’t have too many episodes, so the season doesn’t feel like it’s being dragged out. A few weeks ago I read that they are being renewed for a second season. I generally find myself attracted to TV shows that have some sort of magic or superpowers. I grew up on Harry Potter & the Disney Channel movie Halloweentown. I also grew up with my brother who liked superhero stuff, so most of the TV shows I currently watch are in that category.

If you’re interested, you can watch the trailer below.

Small Business shoutout of the week goes to one my best friends! She is so talented at calligraphy that she started making custom signs for clients. She’s been doing it for a while now, but she just started her Facebook page recently. Please check out her work because you won’t be disappointed!

Her IG can be found here: SheWrites